This is the story of the Pilgrim’s Thanksgiving, beginning with the landing of the Mayflower at Plymouth Rock in Massachusetts. That 1st winter of 1620-21 was the time of the ‘General Sickness’. Often a lingering cold, trudging thru the snow or sleeping in the damp ground flared up into consumption or pneumonia. The Pilgrims started dying. Six dead in December, eight in January. In February, they were dying at a rate of 2-3 per day. At one time, there were only five men well enough to care for the sick.  But the more adversity mounted against them, the harder they prayed to God…never giving in to despair or depression.

When the worst was finally over, 47 people had died, nearly half their total. Thirteen of the eighteen wives had died while only three families remained unbroken. The children fared best. Of 7 daughters, none died…of 13 sons, only 3 had died. And thru it all, their hearts had remained tender to God.

If any one event marked the turning point in their fortune, it would be meeting Squanto, the Christian Indian chief who would teach them to plant corn the Indian way. Learning this skill saved every one of their lives. The summer of 1621, they began to harvest 20 full acres of corn. Squanto helped in a thousand other ways like teaching them to hunt deer, refine maple syrup from maple trees, discern which herbs were good to eat and which ones were good for medicine and where to find berries to eat.

That summer of 1621 was beautiful. Much work went into building new homes. Ten men were sent north to conduct trade with the Indians. Squanto once again acted as their guide & interpreter. The Pilgrims were brimming over with gratitude – not only to Squanto and the Indians, who had been so friendly, but to their God. They had trusted Him and He had honored that trust. So, Governor Bradford declared a day of public Thanksgiving in October. The Indian Chief Massasoit brought 90 braves. Counting their numbers, the Pilgrims had to pray hard to keep from giving in to despair as feeding such a crowd would seriously cut into their winter food supply. But they had learned to trust God implicitly. As it turned out, the Indians didn’t come empty-handed. They brought several deer and wild turkeys. They also taught the Pilgrim women how to make hoecakes and a tasty corn meal & maple syrup pudding. Then they showed them an Indian delicacy…how to roast kernels of corn until they popped. Yes, it was POPCORN.

The Pilgrims provided many vegetables like carrots, cucumbers, radishes, etc. They also introduced blueberry, apple & cherry pie to the Indians. It was all washed down with sweet wine made from wild grapes. I’ll bet you’re surprised to hear that the Pilgrims drank wine. A joyous occasion was had by all. This 1st Thanksgiving lasted several days. Thru it all, they thanked God for His provision and for just being with them.

In November 1621, the 1st ship from England arrived with more colonists, many of them were family members pf the original Pilgrims.  In the air of celebration that followed, no one stopped to realize that no one had brought any equipment, no food, clothes or bedding with them. In the cold light of morning, a sobering appraisal was taken and a grim decision was reached. They all would have to go on half rations to make it thru the winter. This turned out to be overly optimistic.

Thus, did they enter their own time of starving in the winter of 1621-22. They were ultimately reduced to “5 kernels of corn a day per person”. It is inconceivable how anyone could exist on 5 kernels of corn per day.  But, as always, they had a choice to make: to give in to bitterness & despair or to go deeper in Christ. They choose Christ and not one of them died that winter.

Then, in the summer of 1622, that years corn crop was so abundant that they traded some of it with the Indians, who had not had a good growing season. A 2nd Thanksgiving Day was planned. Chief Massasoit was again the guest of honor. This time he brought 120 braves. Fortunately, they brought venison & turkeys.

The 1st course of that 2nd Thanksgiving….on an empty plate in front of each guest was 5 kernels of corn…lest anyone should forget…

These Pilgrims were a mere handful of Light-bearers on the edge of a vast and dark continent. But the Light of Jesus Christ was penetrating into the heart of America. Governor Bradford would write with remarkable discernment, “As one small candle may light a thousand, so the light kindled here has shown unto many, yea in some sort to our whole nation…We have noted these things so that you might see their worth and not negligently lose what your fathers have obtained with so much hardship.”

May we never forget. Have a blessed Thanksgiving!

Reference book: “The Light and The Glory” by Peter Marshall & David Manuel

For His Kingdom,
Dave Maynard
http://BSSSB-LLC.com 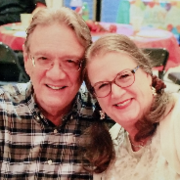 He earned a Michigan provisional teaching certificate and a Bachelor of Science degree with a major in physics and minors in astronomy, chemistry &amp; mathematics. He has done graduate work in astro-physics, worked as a physics graduate teaching assistant and taught college astronomy. He has worked as a research &amp; development laboratory manager at a plastics company, an automotive engineer, a chemist and a public &amp; private high school teacher in math, physics &amp; chemistry.He is currently retired from his own advanced materials tooling company. He has taught Christian adult education since the mid 1990’s at 2 churches. He was Director of Adult Education at one church and is now a teacher of Adult Education at his present church.
Since becoming a Christ-follower in 1974, he has been an avid student of the Bible, with a special emphasis on apologetics (rationally defending the faith).He &amp; his wife, Patti, have been married about 45 years and have 3 adult sons, 3 daughters-in-love and 9 wonderful grandchildren.