Zion Church continues to be a “seeker sensitive” church where anyone would feel comfortable. It is the mission of Zion Church to help people EXPERIENCE God, ENGAGE in community, be EQUIPPED for ministry, and EMPOWERED to serve across various locations and technologies. 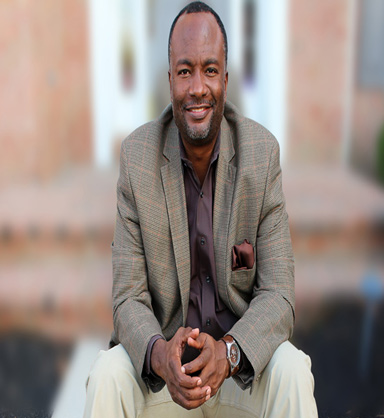 When Keith Battle first began preaching in the late 1980s, those who knew him would often hear him say he would never want to be a Pastor. What an awesome responsibility! This mindset came from a combination of him loving what he did as an Itinerant Preacher and from the difficulty that many Pastors seemed to go through and experience in starting and maintaining a church. Yet, apparently the saying is true, “never say never”.

In the late 1990s, Keith was greatly motivated and influenced by a couple of books that he read that were written by successful church planters — Rediscovering Church by Bill and Lynne Hybels, and The Purpose-Driven Church by Rick Warren. This is when the first seed for the "sensitive-seeker" model of doing church was planted. With the blessing of both his wife and his former Pastor, Reverend Jonathan Weaver (Greater Mt. Nebo AME Church) this is where the call to plant Zion Church became clear to Keith. As he spent days and days in prayer searching his heart, he knew that in his heart was one true passion and that was to start a new and different kind of church – not “church as usual”.

In October 1999, the first meeting regarding this dream was held over a spaghetti dinner. After many meetings and months of preparation, thought and guidance from God, the first public Bible Study was held for Zion Church on Thursday, February 17, 2000. About 25 people attended this gathering at 9301 Peppercorn Place, Largo, MD at the Socrates Technology Center’s Exhibit Hall. Under Pastor Battle’s leadership, Zion Church has grown to over 5,000 regular attendees.

Keith is married to his best friend, Vicki, and they have three children - Asha, Asa, and Kendall.